Jim and Lynne Jackson were dissatisfied with the parenting resources available to them as young parents. The prescriptions for parenting that they had encountered had been largely ineffective for the raising of their spirited young crew of three, Daniel, Bethany, and Noah. Each of these kids was highly sensitive, had allergies galore, was extremely active, and — well, let’s just say they were gifted at self-expression. Jim & Lynne’s dissatisfaction extended to their professional lives as well. Jim was working with high risk teens and Lynne as an occupational therapist working with young kids, and they both saw lots of problems with widely accepted and conventional teaching about parenting. 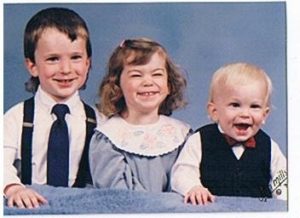 So Jim & Lynne started a journey in their own family and with other parents to discover what it takes to see big changes happen – not so much in managing behavior, but in the quality of relationships that build strong influence with kids’ hearts. They started reading everything they could about child development and discipline. They began to find their way into a profound understanding of how God’s grace intersects with the “mess” of parenting. They kept working with parents and testing ideas. Then in the late 90’s Lynne stumbled on a scripture passage that changed everything: 1 Thessalonians 2:4-12.

In this passage Paul says he was like a mother and a father as he discipled his beloved “children”. His authority came not from forcing his will, but from humbly serving as a nursing mother — gentle, loving, and caring; then as a father — encouraging, comforting, and urging godly living. Here it was! The biblical model for parenting – humble, loving, encouraging, and instructive, all wrapped into one. This passage is deep and rich, often overlooked as a source of parenting wisdom, yet it seems to powerfully capture the essence of Godly parenting. It reveals that the whole model of Paul to his spiritual children — and the model of Jesus to his — is deeply instructive for parenting kids today. 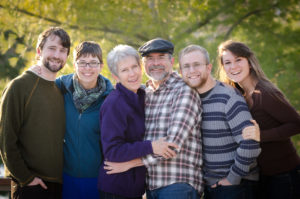 The penetrating depth of this new insight led Jim & Lynne to their life calling.

In 2002 Connected Families launched out of Jim & Lynne’s home office. They voraciously studied, wrote, and mobilized in partnership with churches to equip parents of young kids. They had a passion to prevent the trouble they had both witnessed first-hand in struggling families. The word spread and soon the two were speaking to a hundred audiences each year while raising their growing crew.

Peace to you as you grow a Connected Family,

Jim and Lynne Jackson, co-founders
and the rest of the Connected Families team