See how Tom and Shelly handled things when their first family meeting blew up in their faces… literally!

Tom: We had been married about a year. I called a family meeting. I had gotten all prepared: I had a list of chores, I had assigned them to each kid, I had made separate schedules for when all the kids were there and for when Shelly’s kids were with their dad — and I had even made it all into a spreadsheet. I sat down to begin, and our oldest son exclaimed, “Whoa, what is that?” He grabbed my papers from my hands, led the younger two kids out to the garage, tacked my schedule to the wall, and they proceeded to shoot it with airsoft guns. Meanwhile, our oldest daughter said, “This is nuts, I’m outta here!” and marched to her room, leaving Shelly and me alone to stare at each other. The other kids came back in to hand me my schedule, now full of holes, and said, “There’s your schedule!” I was so angry — I felt like we had totally failed. But I tried not to explode, and I kept my voice calm. My eyes might have said something else, but my mouth said something calm. The only good thing about our first meeting was that it seemed to unite the kids — against us!

Shelly: The next time we tried a family meeting, we decided to do it a little differently. We asked our eldest son, who had previously led the airsoft spreadsheet assault, if he would do the “honor” of leading the meeting. He was reluctant at first, but he agreed. And our eldest daughter, who also has natural leadership gifts and can sometimes overpower her siblings in a discussion, we asked to be the note-taker so that she would also have a constructive leadership role. The night did not end with target practice and we found it was a very successful second try.

We share this story now and have a hard time containing our smiles, but at the time it was devastating to us as we watched our kids overpower and discourage our efforts in an effort to have some control in our home. Lesson learned: do not give up, even when you are feeling overwhelmed or like things may not ever change in your family.

Notice a few key things that Tom and Shelly did to recover when their kids blew up the first family meeting:

So even if your family meeting (or family mealtime or bedtime routine…) blows up in your face, hang in there! (See Gal. 6:9) We can’t always get it right the first time — in fact, we usually don’t — but thank God that there is grace for us and for our children. And it’s never too late for a “do-over.”

This story comes from our friends, Shelly and Tom. Both Shelly and Tom were single parents for a season of their lives after being divorced from their first spouses. They are now married, have four collective children (all teenagers!), and together lead a ministry group for single parents and blended families at Grace Church in Eden Prairie, MN. 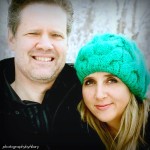