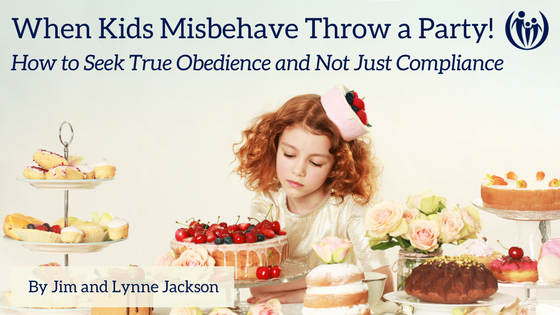 Sadly, most parenting literature emphasizes the importance of gaining obedience without imploring parents to do the hard work of earning their children’s trust. This sets parents up to work far harder on fear-based compliance than on true obedience. Kids who are punished for misbehavior tend to either comply out of fear, rebel out of resentment, or some combination of both responses.

There is a better way. We call it “Discipline that Connects.”

Discipline that Connects is a process for disciplining your children with a far greater goal than gaining right behavior. It’s about building right belief in your kids. When parents deal with misbehavior with the primary goal of correcting behavior, they tend to get in power and control battles with their kids. But when parents make primary the goal of shaping their children’s beliefs, they often find a whole new way of seeing the opportunity the child’s misbehavior presents.

For example, a mom recently wrote us saying that her four-year-old daughter had bossed and mistreated friends. The mom’s initial response was to punish this. But she realized that punishing would do little to build into her daughter any sense of value for those relationships. It would just make her daughter feel angry that mom was mad at her, or maybe ashamed that she’d been mean. Since mom decided to focus on building right belief in her daughter she started by asking the question, “What do I want my daughter to believe about herself and her friends?”

With the goal of helping her daughter learn to value those relationships, and learn to take responsibility for her actions, the mom set up a scenario whereby the daughter could work to make things right with her friends by serving them.

They set up a tea party for the young friends. The daughter helped prepare and got excited about serving. As the guests came, the mom shared a Bible reading, and then the little hostess asked her pals what they wanted to play, which mom later affirmed.

As the mom shared later about this event:

Do I think that having a tea party will insure she will always treat others with kindness?

Do I think modeling kindness will help my daughter more than giving a stern punishment?

Do I think today made long term impact into reaching her heart?

The mom could have forced an apology (which often teaches kids they just need to say the right thing to get the grown-ups off their backs). But instead, she set her daughter up to enjoy serving her guests and then talk about what felt good and right about that.

The point of this story is not that you should throw a tea party whenever your kids mistreat their friends. The point is that when we view kids’ misbehavior as an opportunity to gain the child’s trust and shape the child’s beliefs, it opens up whole realm of unconsidered discipline possibilities that change hearts instead of just punish misbehavior.