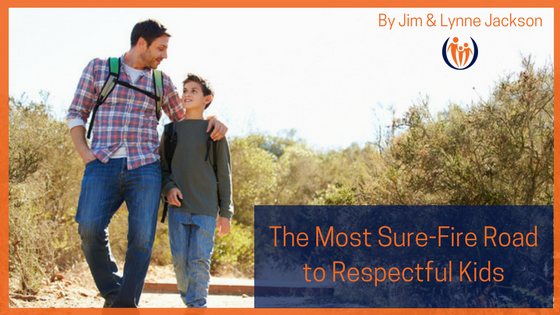 “Knock it off! Stop it! Get over here, NOW!” These are familiar phrases for most parents. When kids act up we get frustrated. We get demanding and even disrespectful. Kids may comply with our demands in the short run but over the long run they learn from our example to be frustrated, demanding, and disrespectful when they’re not getting their way.

Dustin was becoming this kind of parent. He saw where it was leading and knew he wanted to walk a different road. He looked at numerous resources and when he discovered Connected Families he knew he had found what he was looking for. For the past 14 months he has immersed himself in Connected Families resources and support. Where once his primary goal was quick fixes and parental control, his primary goal is now to come alongside his kids as a model of God’s grace and guidance. It’s been hard work and it’s far from finished. But this recent report from Dustin shows the results:

My two elementary school aged boys Nate and Ethan* were playing football in the backyard. Nate got mad at Ethan and came to me to tell about it in great detail.

Here’s the conversation that followed:

Me: Nate, thank you for telling me all this information, but what you told me doesn’t help Ethan understand that you feel wronged. Nate, look at Ethan (he was still playing football with another friend) and tell me — who has the problem?

Nate: I do. I have the problem and I am mad… and Ethan… he is having fun outside. (That made Nate even more upset!)

Me: I agree. Then tell Ethan the problem.

Me: (Smiling) I bet you a chocolate that Ethan will care.

Nate got Ethan’s attention and they walked away to talk privately. Three minutes later I went out and found the boys smiling, arm in arm. Even though I won the bet I tossed Nate a chocolate to emphasize the “win” in this for everyone.

Nate tossed back the chocolate with a HUGE grin.

I threw the chocolate back anyway as if to say, “Way to work things out on your own!”

Me: Enjoy the chocolate, boys.

I walked back inside, and the boys ended up having a great day playing together.

At face value this result may seem overly simple or too good to be true. You might think, “That would never happen with my kids.” A year ago Dustin would have said the same thing! Only recently has he fairly consistently seen his kids more respectfully manage their own relationships and responsibilities.

The biggest change so far is Dustin. He’s a new dad. It’s taken much reflection, confession, determination, and unlearning of old habits. But he knew that with a vision for being a coach, not a controller, he could slowly disciple his kids toward maturity.

We have found that when parents make a long-term commitment like Dustin did, they consistently see results like this. We’d like to call attention to the “new Dustin” we see in his report.

So — what kind of parent do you want to be? If you want to experience the same kind of results Dustin did, make the commitment he did. Then, stay in close touch with us at Connected Families. We will be offering more resources and more encouragement than ever before. Watch for lots of workshops, our new online course of Discipline That Connects, and a newly revamped website.If you want results like Dustin’s, it takes the same depth of commitment that he made. This is not about “fixing” our kids, it’s about becoming the parent you want to be. Of course the irony is that as you become this new parent, your kids will slowly change too. Parents who tenaciously focus on their own growth gain deep respect and influence with their kids.

P.S. If you have a story about the results of becoming a “new parent”, please let us know. Your story can help others grow too!

*In most parenting tips, we change names in order guard families’ privacy.