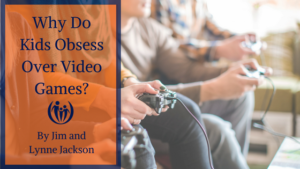 During my recent reading of “Boys Adrift” by Dr. Leonard Sax, I came across a letter that really grabbed my attention. The letter’s author is a 27-year-old doctoral student at Notre Dame — oh, and he’s addicted to video games.

I don’t think you understand the computer game phenomenon when you talk about it sapping the motivation of male 20-somethings. That’s only part of the picture. The other part is that I don’t mean that people are playing Battlefield 2 because they wish they could be shooting lots of people. But they do wish they could be doing something that mattered. When they’re playing that game, they can, for a few hours, feel like they’re doing something significant.

When I started grad school, I had a rough first year or so. Many times I came home feeling like I was never going to be any good as a scholar, like I had no hope of ever actually doing anything significant, or making any serious contribution even just in the academic community. But I could turn on the computer and play X-Wing and feel like I was helping to defeat the Galactic Empire. If you want to feel significant, feeling like you just destroyed the Death Star helps for a little while. ….

…[T]here is also, in many games, beauty and adventure. In Morrowind, you can wander through a really beautiful, detailed, vivid world. Now, I prefer reality. But I live in South Bend, Indiana. There aren’t lots of places to hike or even to walk. …

Of course I agree that people should stop wasting time in front of the PC/Xbox and go do something real. But in order to treat a problem it may be helpful to know something about how it seems to those who suffer from it.

From Richard’s letter, we can learn several important things about how to thoughtfully and gracefully talk with our kids about video games:

Richard eloquently articulates the enjoyment and validation he finds in video games. As adults, we know that the real world can be tough and full of frustration at times! Who among us has not wished for an escape at some point in life? Video games are not evil — they simply plug in to the needs of people to feel significant in a world that sometimes seems to ignore them.

Start from a place of understanding, not condemnation.

If video games are what give your child their sense of worth, starting a conversation by trying to take that away will probably be perceived as a threat and get a defensive response. But if you casually ask your child, “What do you love about that game?” they have a chance to express the things they enjoy about playing their game. Enter your child’s world before you try to control it!

Once you understand what it is about video games that makes your child feel so good, talk with them about where to find those things in real life. Share Ephesians 2:10 with them and talk about God’s plan for their lives. Then brainstorm about how to capture the validation of the video games in ways that would be more helpful in developing their character towards God’s purposes.

Technology — especially video games — can sometimes seem like a monster that no one can defeat! Ask your child to show you why they love it, and you will be much better able to help them gently replace their virtual significance with a sense of God’s loving purpose for their lives.