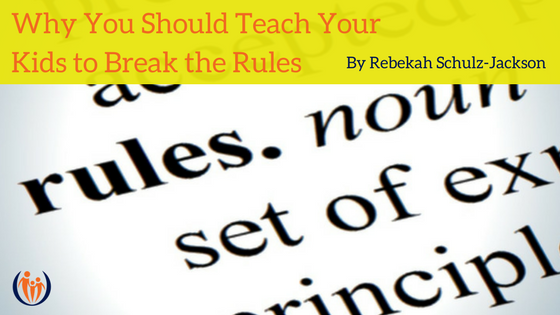 I grew up being really good at following rules.

As a child (and even as a young adult), I really struggled with having grace for people who either didn’t or couldn’t follow the rules. Kids who did poorly or misbehaved in school, my younger sister who was less “shiny” than I was, non-believers, or even people who just didn’t have it as “together” as I thought they should — I was outwardly humble, but inside I looked down on them with condescension and self-righteousness. Why couldn’t they just follow these simple rules?

I was so focused on rules and legalism that my parents nicknamed me “Miss Technicality” for my ability to balance exactly on the line of any situation. For example…

Mom: Why did you take your sister’s allowance?
Me: Well, technically, I didn’t — I just asked her if she wanted to trade her tiny silver coins for the bigger brown ones! She said yes!
Mom: ……

While this particular story is pretty funny, I learned pretty early on that I could use my cleverness and ability to fulfill the letter of the law to my own advantage as long as I could avoid leaving clear evidence of my sneakery. I also internalized the message that people were only valuable in society or to God inasmuch as they could follow the rules and be “good people”. Later this led to a strong sense of shame when I wasn’t always able to “measure up” — I felt disconnected from God, and like I could never follow the rules well enough.

What it took me awhile and more than a handful of graceful relationships to learn is that by following the rules I could NEVER measure up. Only Jesus measures up. Galatians 3:24 spells this out: “The law (rules) is a tutor that leads us to Christ.” Where I once interpreted this to mean that the better you follow the rules the holier you are and the more you can know Jesus, I have come to understand that the more you know YOU CAN’T follow the rules, the more you can fully know Jesus’ amazing grace. Where once I saw the ten commandments as the prescription for measuring up, I came to realize (and I’m still working to internalize this!) that those rules were literally made to be broken! For only in brokenness can the Grace of Christ come to life!

This doesn’t mean that rules don’t have a good purpose — just that when we do make mistakes or fail to live up to the rules, we can see this as a gift, because we need the rules AND the failure to keep them in order to truly understand God’s grace for us.

It’s been quite a journey — I’m learning to be more okay with making mistakes and reminding myself that messing up or not following a rule doesn’t mean I’m less valuable. But I’ve found myself really starting to empathize with other “rule-follower” kiddos. Most families have one of these — you know, the one that behaves the shiniest and is often held up as the standard bearer in the family. Parents think these kiddos are doing just fine — but inside, I’m guessing many of them are thinking just like I did. And I see lots of former rule-following kiddos all grown up in churches still promoting a “measure up” mentality.

I’m not for a second suggesting that rules get thrown out. As I said, we need the rules, AND our failure, in order to understand God’s grace for us, and the rules are a pattern for us to seek after. But if when we follow them — if when our kids follow them — we dole out big pats on the back as if somehow there is more approval for those who follow them, we are holding up a false doctrine that value comes from rule-following. We are actually setting ourselves and our kids AGAINST the grace that saves us.

So take a moment to consider: what messages are you communicating to your children about rule-following? If they made a mistake or broke a rule, would they feel shame and despair, or calm acceptance of their mistake and a readiness to receive grace, learn, and move on? How do YOU feel when YOU make a mistake?

Sometimes those of us who follow the rules the best are the ones who are the most lost.

# God's grace# legalism# obedience# rules# where our value comes from