“How do I get my child to listen?!!”
Listening when you’re addressed by someone is a great life skill, but one that often our children don’t seem too eager to learn! Frustrated parents often say, “I hate it, but I just have to yell, and then they’ll finally listen.” What we’ve learned through decades of coaching parents is that a little connection and creativity goes a long way in helping kids tune in when they hear, “Time for dinner!” or “Pick up your toys, please!”

Here’s a great example of how one of our coaching families overcame barriers to listening. Kristi and Steve had a very challenging 6-year-old daughter. (For older kids, see below.)  Sierra was intense about nearly everything. Her extremely bright brain was programmed to hone in on something interesting, and she was not to be deterred. Many times, it was like she was in a sound-proof focus bubble with whatever engaging activity was in front of her.

Kristi and Steve valued Sierra’s intensity because they saw that she was curious about many things and had a voracious desire to learn. But before they began coaching, they didn’t know how to help her, and she got timeouts, a scolding, or loss of privileges for not listening.

Chiding Sierra for her lack of listening and responsiveness was getting her parents nowhere.  It also put stress on their relationship because Sierra resented their demands and criticism.

When her parents approached her in frustration, Sierra was getting hurtful messages that were building a negative identity, and keeping them all stuck.  She heard:

Because of the escalating conflict in their home, Steve and Kristi were open to trying new strategies. They realized that Sierra’s awareness of sounds and voices actually did diminish when she was engrossed in an activity. They also became more sympathetic as they appreciated how difficult it was for her creative mind to be motivated to stop play to do a task she found boring.

Instead of putting all their energy into the times Sierra didn’t listen, Kristi and Steve created a learning routine to build Sierra’s success at listening and choosing to respond. They began to use Sierra’s strength of inner curiosity that was always looking for anything new and interesting:

Kristi and Steve knew it was important not just to build a skill, but to build the value as well. They talked about the importance to relationships when people learn to listen and respond respectfully to each other.

After a month of doing this regularly, they began to gradually fade out the “interesting rewards” when she responded. They still usually touch her gently if she is engrossed in something. When she’s not intently engaged, Sierra now looks in their direction when they simply call her name.

Sierra is still Sierra—prone to get engrossed in interesting things. It’s the wonderful way God made her. Kristi and Steve love that, and when they sense she is in that zone of intense focus they (as well as her teachers) know to draw closer and say “Sierra, attention please” and smile when she responds.

Will Sierra need this approach forever? Of course not. But she is learning skills and values, and even more importantly is receiving the messages that help her define who she really is:

This principle can apply to older kids with modifications. We certainly needed it in the Jackson house of curious, intensely focused kids! It often meant meant getting close, saying something affectionate or silly or using a nickname, touching a shoulder if necessary and waiting until we had eye contact. Then we would ask a child to repeat the direction outloud if they still had that foggy, “brain-is-elsewhere” gaze.

Share the love! Forward to a friend raising an intensely focused child!

Read more about modeling good listening in these three articles: 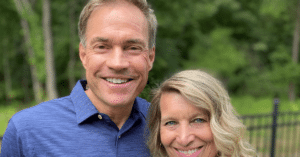 Connecting in Your Marriage | Ep. 92 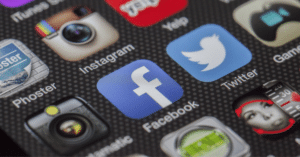 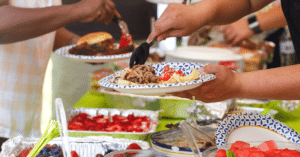