Connecting with Toddlers & Teens During Discipline 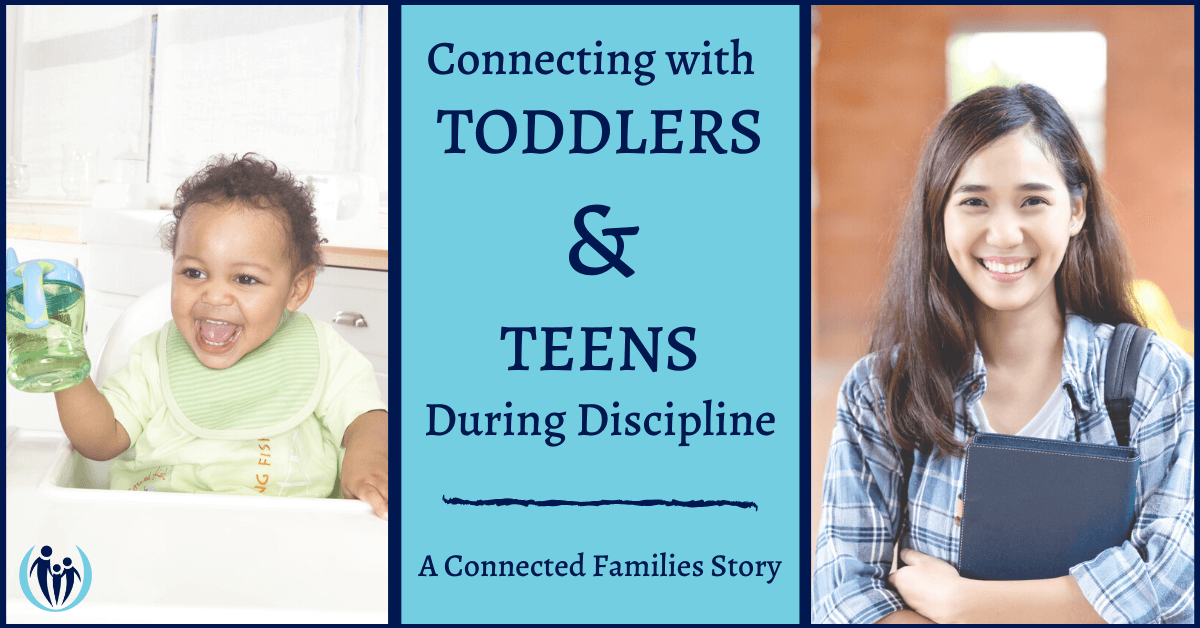 Each year thousands of people participate in one of our online courses, or in our parent coaching. We frequently hear encouraging stories like the ones below of parents connecting with toddlers AND teens during discipline. We love it when stories are shared with us about how our resources have been practically applied to daily life.

Here is the sweet story of a mom who intentionally applied the Connected Families Framework during an interaction with her toddler. This mom was so thoughtful about using the Discipline That Connects messages in her response, that she labeled her story with them!

My 2-year-old son was mad today because he wanted a cupcake and I said he needed to finish his lunch before dessert. He threw his cup. I calmly (Safe) moved the rest of his food and the following conversation occurred:

Me – “Uh oh, you are feeling mad because you want a cupcake now!”

He reminded me that throwing his cup could break it and hurt others.

Me –  “What could you do instead when you are mad?”

He listed a bunch of different things he could throw and people he could hit.

Me –  “What could you do that would help you calm down and keep others safe?”

He kept laughing and listing ways to hurt others.

I told him to let me know when he was ready to say an idea that keeps others safe and helps him to be calm. (Capable) After a while he said he was ready and said, “Deep breath” and we practiced breathing together. I asked him how we could make it right with the cup. He suggested picking it up, putting it on the table, and apologizing to the dogs who may have been hurt by the cup. (Responsible) I praised him for his great solution and told him I was proud of him for making it right.

The end result: this mom connected with her child’s heart and built wisdom, not resentment, in her discipline.

These four messages aren’t just for toddlers, they also apply perfectly to teens:

A single mom who is a coaching client recently relayed the following scenario to us about a daughter who was failing a class at school.

I have high expectations for my kids and expect they will put in a strong effort. My daughter is really bright academically and when she applies herself she can achieve anything she sets her mind to. It was puzzling to discover that she was struggling in one of her favorite subjects. When I asked her about it I was met with a strong, defensive response. My natural impulse has been to shame, blame, coerce, bribe or do any other strategy I could think of to make my child work harder and get an A in the class.

Here’s what I did instead.

After receiving the news about my daughters’ struggles in the class I asked the question, “What is going on in me?” It’s the question I ask to help change my toxic beliefs (about myself and my child) and become a SAFE parent.. The answer? I felt like if my daughter failed a class that somehow I am a failure as a parent.  But that’s not true. The truth? My child’s struggles in this class are about her, not me.

Adversity can cause growth so there is an opportunity in this situation. As I became safe, I waited a few minutes and approached my daughter with a little more softness than I would have in the past. I wanted her to know that I LOVED her no matter what so I affirmed her and then let her know that her teacher emailed me. I used empathy, as unnatural as that is for me, and said, “I know you’ve been really busy and stressed lately. It’s hard to juggle all the demands, isn’t it?” I was surprised by her softer response to me as she nodded.

I began to praise her work ethic and past efforts. I affirmed the trust she had gained with me about school and how I saw her take on so much responsibility; far more than me at her age! I was focusing on the message, You are CALLED and CAPABLE and doing all I could to affirm this sweet child.

I asked a few questions:

In the past I would likely have offered to call the teacher and set up a plan to get her caught up but intuitively I knew that wasn’t going to help her in the long run. It was likely more about my own anxiety and need for getting it fixed quickly.

I wanted to help her become more RESPONSIBLE for her actions.  I offered, “I would be happy to brainstorm ideas and walk beside you as you connect with your teacher. Let me know if you’d like that.” I was happy to hear her say that she could handle it. I told myself, “She doesn’t have to do it the way I would. She cares about school. She is capable. And this is a great opportunity to advocate for herself.”

As you read through these stories of connecting with toddlers AND teens during discipline by using the Connected Families Framework, we pray they encourage you in your own parenting. Whether you are raising toddlers, tweens, or teens, these deep and heartfelt ideas can help change the trajectory of your family!

When you are an alum of the Discipline That Connects with Your Child’s Heart online course you have access to the DTC Alumni private Facebook group. This online community learns from and encourages each other when parenting is tough and shares stories like the ones above. Registration is now open! The course begins the week of Feb 4 and we’d love to have you join us! Your kids will thank you! 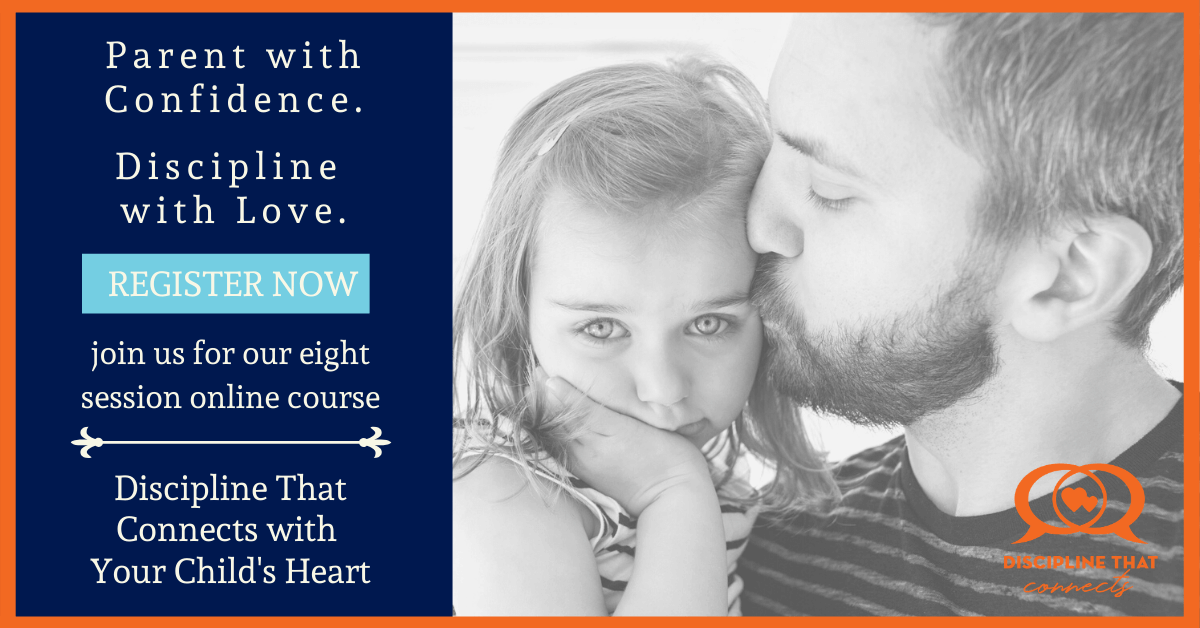